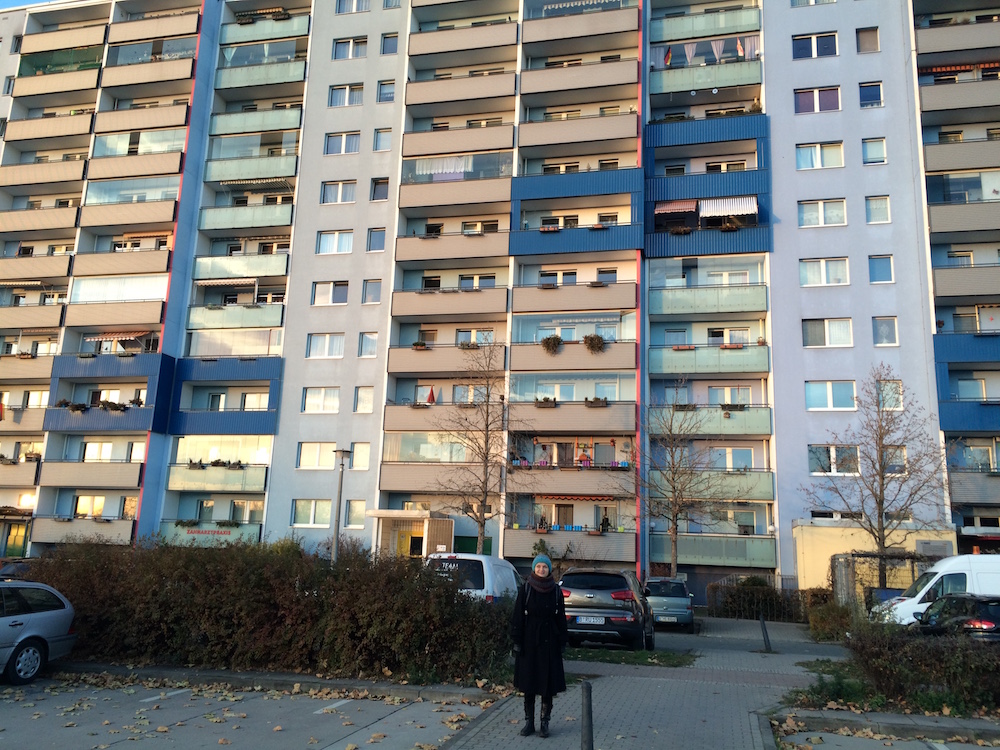 »Endlich zuhause?«
About a proposal from 1994 to rehumanise the housing estate »Alte Hellersdorferstraße«.

The Belgian architect Lucien Kroll’s competition proposal from 1994 to rehumanise the Alte Hellersdorferstraße Plattenbau estate is Anna Kowalska’s point of reference for »Endlich zuhause?«. Kroll and his team collaborated with residents while developing their proposal to „rehumanise“ the unusually tall and densely built Plattenbau estate. Rather than demolish buildings, they proposed to structurally reduce them in phases, to make the flats more flexible and to transform the inner courtyards into communicative spaces. Kroll’s plans included an extended time frame from 1994 to 2019 for the realisation of these measures, enabling a careful incorporation of residents’ ideas.

Only isolated decorative elements have been implemented on the estate, meaning the sole remaining testamonies of the proposal are a few official documents and a book by Kroll in French. Kroll’s essential idea of „incrementalism“ – of a gradual, respectful change in living conditions in consultation with residents – was never implemented.

Referencing Kroll’s interest in „pedestrians’ instinctive behaviour“ in public space, the proposal orientated itself along a series of foot prints in fresh snow which had created a temporary path through the estate. Kroll drew this path as a red line in his plans and in doing so determined a main thoroughfare connecting the estate to the locality’s largest green spaces (the Wuhle stream and the Hönower Weiherkette slopes)

The artist Anna Kowalska will recreate this line in order to recall Lucien Kroll’s proposal from 1994 and to reflect on how little of it has since been implemeted.

She will also install posters in public space in order to make Kroll’s ideas available to residents again. Their relevance for today’s situation will be adressed at a discussion evening.

Anna Kowalska lives and works in Paris. Her research project for the Art in the Underground competition »The Middle in Nowhere« was selected because it ask questions about spatial and social contexts, about new forms of coexistance and about remaining utopias on large estates. 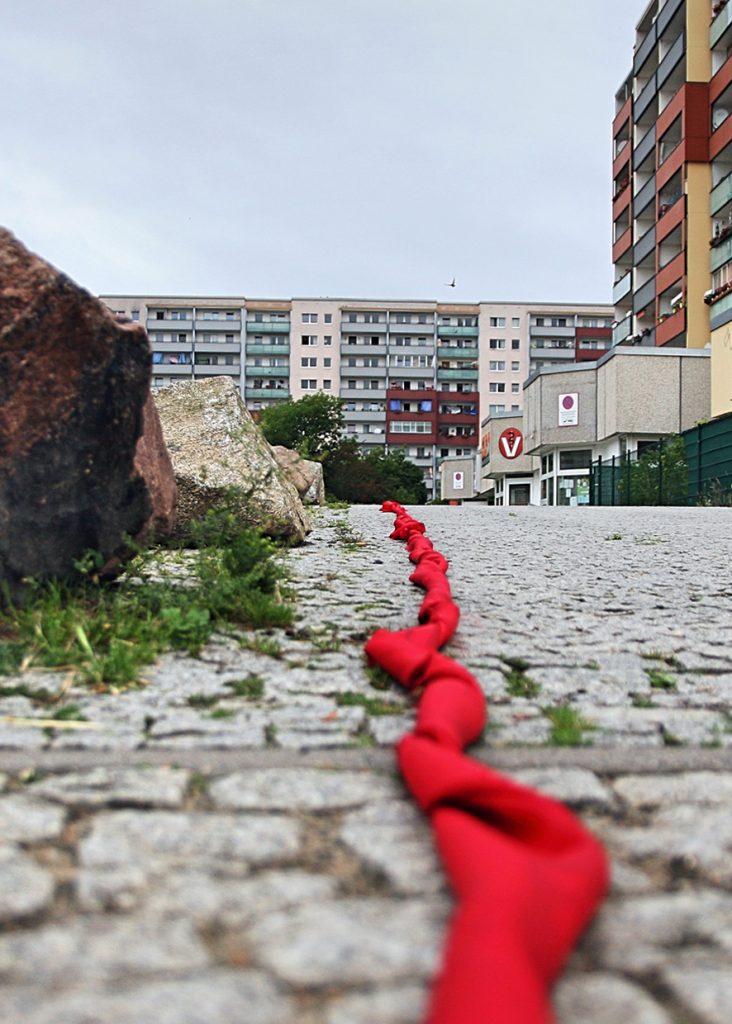 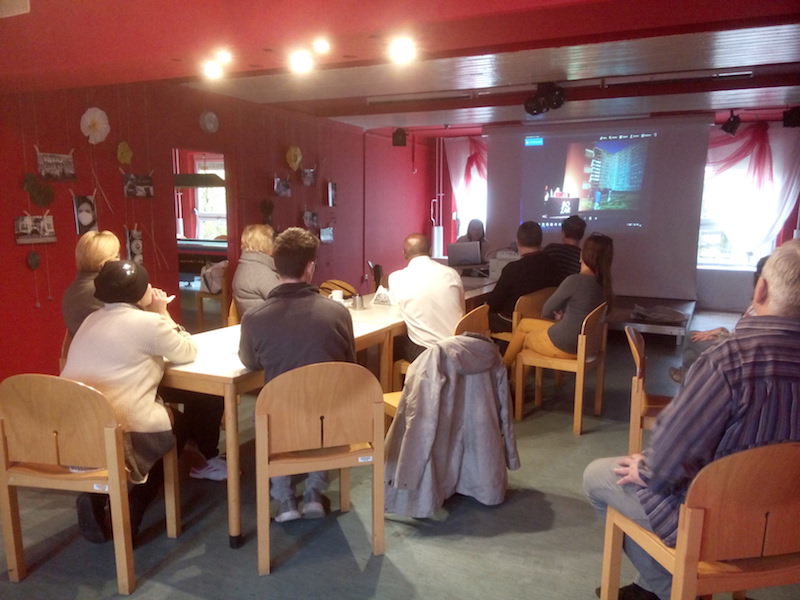 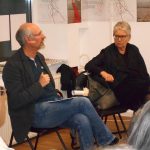 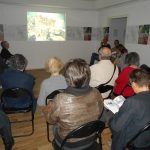 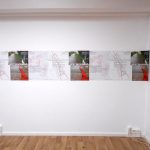 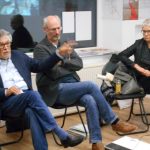 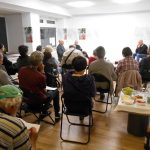 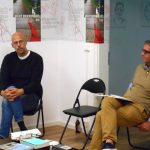 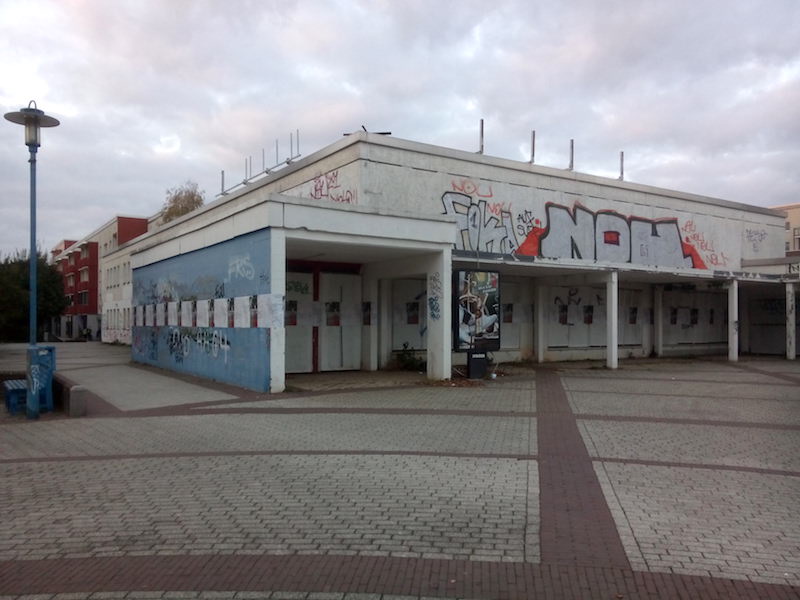 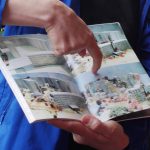 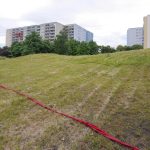 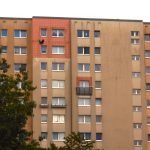 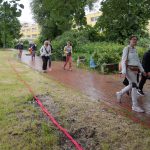 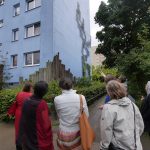 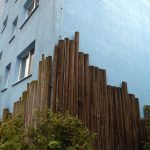 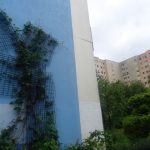 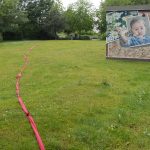 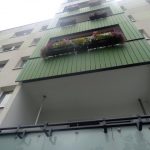 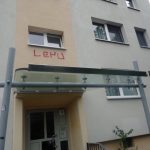 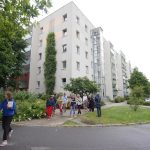 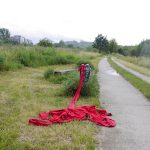 Part 2: A walk along a red thread in the area of Hellersdorfer/ Zossener/ Stendaler Straße on 25 June 2017 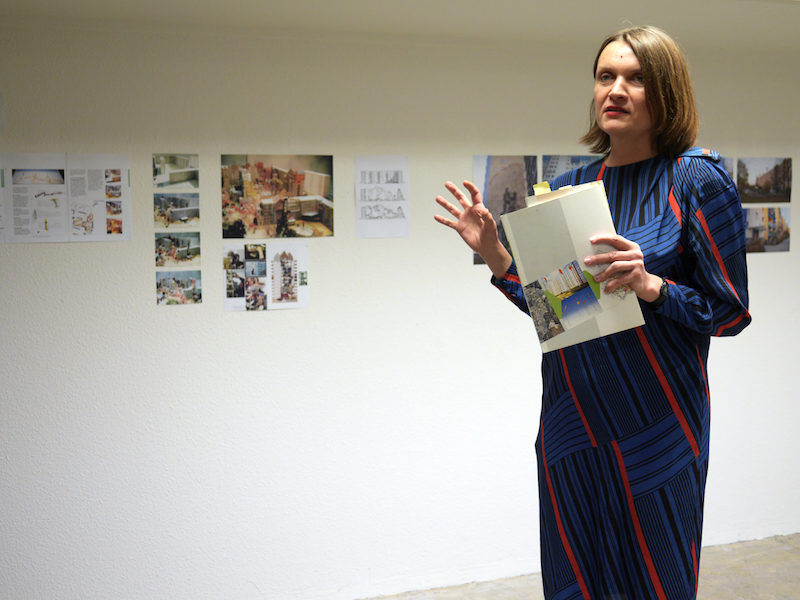 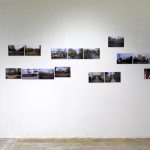 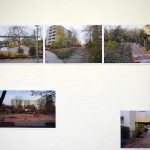 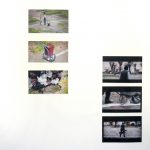